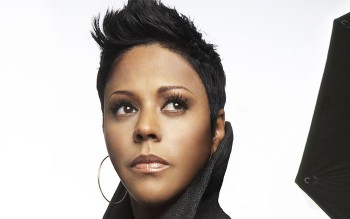 When you hear the name Crystal Waters, you immediately think of a 20-year brand and career that continues to engage and please her enormous fan base. She is best known for 1991’s “Gypsy Woman (She’s Homeless)”, 1994’s “100% Pure Love” and the #1 European hit “Destination Calabria”with Alex Guadino Her accolades include 6 ASCAP Songwriter Awards, three American Music Award nominations, a MTV Video Music Award nod and four Billboard Music Awards.

In 2012, “Le Bump” her collaboration with Yolanda Be Cool (We Speak No Americano) gained her another number 1 spot on the Beatport House Chart, and with DJ Chris Cox in 2013, the #1 Billboard Dance Chart Hit “Mama Hey” was listed as one of Billboard’s “Top 50 Dance Songs of 2013”.

November 2015 Crystal released “Synergy” produced by Sted-e and Hybrid Heights. It quickly rose to #1 on the Billboard Dance chart. She has had 9 #1 and 11 top 10 Billboard Dance Chart hits.

Ask the price of Crystal Waters and availability for free info@room5.agency