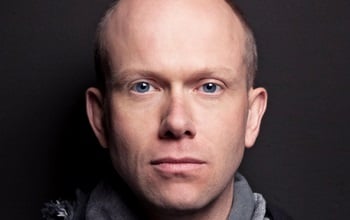 With a knack for transforming classic pop songs into modern dance anthems, production trio Dario G enjoyed chart success across Europe in the late ’90s. Named after Crewe Alexandra’s long-serving manager, original members Paul Spencer and Scott Rosser met during 1989 at college in Manchester, where they were both studying pop music and recording. After graduating, the pair set up a small studio at Paul’s Cheshire home and began recording and releasing songs under various names through their own label. In 1996 they met Stephen Spencer, unrelated to Paul, who was working for one of dance music’s biggest independent labels, and asked him to join.

After signing to Warner Records, the group released “Sunchyme,” which heavily sampled Dream Academy’s “Life in a Northern Town.” Only kept from the number one spot by Elton John’s Princess Diana tribute single, it became one of the biggest hits of 1997 — hitting number one on the U.S. Billboard Hot Dance Music/Club Play Chart — and its video was used by the Red Cross to promote racial equality.

Follow-up “Carnivale de Paris,” released a year later, was almost as successful. An unofficial anthem for the 1998 World Cup, it reached number three and was later re-released for the 2002 World Cup. Third single “Sunmachine” (number 17) and the debut album of the same name (number 26) continued their chart success, while final single “Voices” (number 37) was used on the hugely successful The Beach soundtrack and the threesome were nominated for Best Dance Act at the MTV European Music Awards. In 2001, they returned with a full-time vocalist, Ingfrid Straumstoyl, but minus Stephen Spencer, who left the band to pursue other projects. Comeback single “Dream to Me,” which used the hook from the Cranberries’ “Dreams,” became their third Top Ten single, but follow-up single “Say What’s On Your Mind” and album In Full Colour failed to chart. They returned in 2003 with “Heaven Is Closer,” a reworking of Fiction Factory’s “Feels Like Heaven,” and again in 2006 with “Ring of Fire,” a cover of the Johnny Cash classic, after it became an anthem for Liverpool fans during the 2005-2006 Champions League season. ~ Jon O’Brien, Rovi

Ask the price of Sunchyme and availability for free info@room5.agency