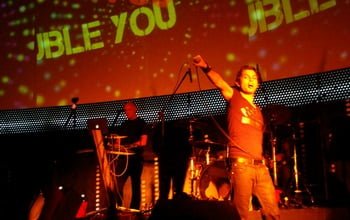 Double You (IT)
Please Don’t Go, We All Need Love, Who’s Fooling Who

In 1991 the boys met producer Roberto Zanetti. They recorded the song Please Don’t Go in 1992 and it was an instant hit. Double You began touring Europe and appeared in many TV shows around the world. They became the phenomenon of the world dance scene.

With more than 3 million copies sold, Please Don’t Go earned many gold and platinum records in such countries as Germany, France, the Netherlands, Spain, Belgium, Switzerland, Austria, Greece, Turkey, East-Europe, the whole of Latin America (no country excluded!) and many states of Africa and Asia. The record also sold in North America (top 10 maxi sales), and in the UK (#2 on the Cool Cuts Chart). No song moved as many hips in 1992 as Please Don’t Go.

The single We All Need Love was recorded in 1992, during a European tour. It reached the top of all the world charts. Then the first album followed, also called We All Need Love, which put together such songs as the third single Who’s Fooling Who, released in 1992 closing a year of successes. Why (Let’s Make It Christmas): Double You interpreted this song together with the original composer and singer of Please Don’t Go: Harry Casey, professionally known as “KC”.

Ask the price of Double You and availability for free info@room5.agency