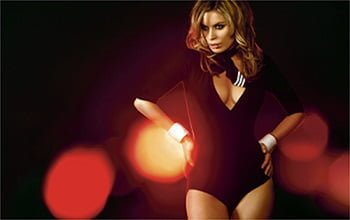 Drömhus (SE)
Vill Ha Dig, Take Me Away, Feelin’ Me

Eurohouse group fronted by Therese Grankvist. Year 1997 the dream house-like “Du och Jag” (“You and Me”), the first single from Drömhus (Swedish for “dream house”) was released. Both that and their next single “I Mina Drömmar” (“In My Dreams”) were fairly popular.

The big breakthrough came in the middle of 1998 when they made a new version of the group Freestyle’s song “Vill ha dej” (“I Want You”), originally from 1981. The first album “Drömmar” (“Dreams”) was released some time after and sold gold in Sweden, as well as reach the top of the charts all over northern Europe.

At the 1999 Melodifestivalen, the Swedish qualification for Eurovision Song Contest, Drömhus competed with the song “Stjärna på himmelen” (“Star in the sky”). It finished second, thus not qualifying for the European finals. In 2000, Therese announced that she will leave Drömhus to perform under her own name Therese instead.

The year 2004 launched Therese overseas, with her remarkable success with Swedish DJ Stonebridge. They teamed up to release the worldwide dance hit (“Put ‘Em High”). In late 2004 she produced her club hit Time. In 2007, she, together with The Attic, competed with the song “The Arrival” at Melodifestivalen for the opportunity to represent Sweden in Eurovision song contest in Helsinki, Finland.

On the 17 February 2007, Therese, featuring The Attic, ended up in 7th place in Melodifestivalens semifinal, but did not qualify any further in the contest. Therese is releasing a new single, “Feelin’ Me”, in the UK in May 2007, on Positva Records. Therese started her own label Vixon Records in 2014.

Ask the price of Drömhus and availability for free info@room5.agency