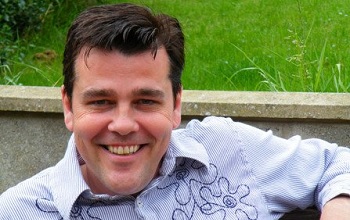 Edward “Eddy” Huntington (born 29 October 1965) is an English pop singer who began his professional singing career in Italy. Huntington became popular in Europe and the former USSR mainly with his song “U.S.S.R.” which peaked at No.6 in Switzerland and No.23 in Germany.

Eddy Huntington was born in the northeast of England and moved to London at the age of 18, where he became a music video extra and model.

He was discovered by Baby Records, an Italian record label who took him to Milan to record the song “USSR” written by R. Turatti, M. Chieregato and T. Hooker who also sings on refrains.

When “USSR” was released throughout Europe in 1986 on ZYX Records it became a big hit in mainland Europe and in the Soviet Union and is widely popular to this day. Huntington went on to have other lesser known hits such as “May Day” and “Meet My Friend”. He also released the album Bang Bang Baby in 1989.

On latest news,in 2011, Huntington recorded the brand-new song “Honey, Honey!” together with Russian Pop-Duo DiscoBonus (the song’s written by Igor Sorokin and Andrew Mosckalev of Discobonus).

Huntington released “Rainy Day in May” on 26 February 2013. The track was inspired by the 1960s sound of his musical hero, Sir Cliff Richard. Written by Frank Scott and Morten Franck and produced by Frank Scott and Tommy Olsen, it was released on the Norwegian label KVK Digital.~muziekweb.nl