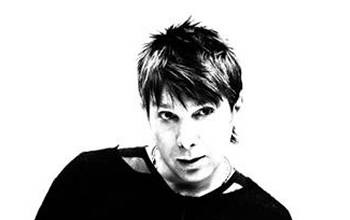 Michael Gray is one of the most respected and in-demand artists currently on the global dance music scene. he enjoyed worldwide success on the back of his massive single The Weekend. reaching #7 in the UK and # 1 in Poland. It took the enjoyed similar chart success around the world.

The single’s crossover appeal was cemented when it was used in a number of television commercials, including Honda Cars, the BBC’s Football Focus commercials and just recently in Ugly Betty. Appearances on dozens of compilation releases were the icing on the cake for one of 2004′s biggest tunes…

Michael’s second single Borderline again being embraced by both club land and daytime radio, went straight to #12 in the UK charts as the week’s highest new entry. His other singles include Somewhere Beyond featuring Steve Edwards and his latest about to be released “Missing You”
The accomplished producer, DJ and remixer has enjoyed Grammy-nominated success alongside Jon Pearn as world renowned production and remix duo Full Intention; There recent productions have been for top dance labels Defected, OFF, Suara, Toolroom, Rebirth and there own label Full intention Recordings. They are currently riding high with their Meteor Man EP on OFFSPIN

The pair have secured a seemingly non-stop string of successful releases and remixes, escalating the twosome to true global status. They produced numerous huge club and charts hits, nearly all of them becoming all-time classics. Their discography includes such great tunes, like “I Love America”, “I’ll Be Waiting”, Duke “So in love with you”, “Everybody Loves The Sunshine” and Sex-o-Sonique “I Thought It Was You”, to name but a few.

Full Intention have worked with some of the biggest names in the industry, like Paloma Faith, Jamiroquai, Whitney Houston, Barbara Tucker, Frankie Knuckles, Ella Henderson, Ultra Nate, Aly-us, Fish go Deep, Inner City & Purple Disco Machine and not to forget the Grammy nomination for their remix of George Michael’s “Amazing”. So no wonder their innovating sound had a huge impact on the whole scene and influenced many other big producers.

Ask the price of Michael Gray and availability for free at info@room5.agency