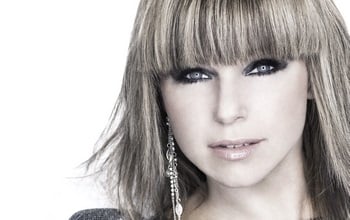 Pandora (SE)
Trust Me, Come On And Do It, Don’t You Know, One of Us, A Little Bit

12 studio albums, 6 million records sold all over the world, numerous hits on charts everywhere, 20 gold and platinum awards and world tours all speak for themselves. Pandora became one of Sweden’s most important musical exports ever and she’s still one of the best selling Swedish solo acts of all time. In Japan, she became a superstar after selling gold and platinum with every album release. The same thing happened in other countries, like Australia for example, where she sold 400 000 copies of one single alone and was honored with modeling for a special Pandora Barbie doll!

In the early 2000’s she competed in the Swedish Melodifestivalen on two occasions and in 2007 she released the album named ”United DJ’s vs. Pandora”, where she let famous dj’s make new and updated versions of the hit songs from her two first albums.

Since 2007, Pandora has been touring more or less nonstop, especially in Finland, where she has always been a big star and her strong fan base there has grown even stronger over the years. In 2011, she released her 12th and latest album, “Head Up High”. That album also meant her breakthrough in Russia and the Baltic’s, and also a comeback in Sweden. The single “WHY (Magistral)” was nominated for best international video at the TV broadcasted OE Music Video Awards in Riga. Pandora performed in this TV Gala together with the Latvian Stacy artist, with whom she recorded the nominated song. “WHY (Magistral)”, which was produced by Boomfunk MC’s producer JS16. ”WHY”, went top 20 in 70 of the biggest radio stations in Russia. Pandora and Stacy made yet another great performance together in the Russian MUZ TV show, but this time before 170 000 viewers! As late as 2012 Pandora had a new mega hit with ”Drottningen av Åland”. That’s a song she was asked by Radio X3M to take part in as an anti-racist campaign by the Finnish National RADIO YLE. The song, which she also co-wrote, was one of the most played radio songs that year and was voted as Song of the year, which gave her a new award to hang on her office wall.

Ask the price of Pandora and availability for free at info@room5.agency