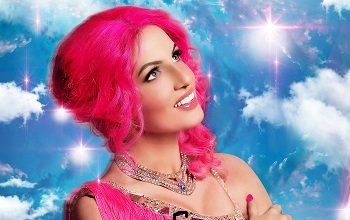 It started in 1993 when Patrick Samoy and Luc Rigaux better known as The Unity Mixers (aka Unity Power) were deeply impressed by the outstanding voice of a Spanish girl named Marisa Garcia Asensio. Marisa was born in Malaga, Spain, but currently resides in Belgium. This combination of two creative musical minds and an extraordinary girl in all senses of the word is their key to success and stardom.

The sexy way in which Marisa sings ‘Si senor…’ reminds a lot of young people of their first summer holiday love. No wonder it went to n°1 in Belgium, Italy, Denmark, Norway, Finland… sold more than 450.000 copies only in France and was the best selling single in Sweden ever (triple platinum!!). The third single Vamos a la Discoteca was bingo again. By using a wide range of colored wings for every public performance Marisa created for herself a distinctive image. In the meantime, the full album has been released across Europe.

Since 2008, young and pretty Shelby Diaz, of Hispano-Italian descent, carries us on dance floors with her sensual voice. Détermined and strong-minded, Shelby Diaz has always dreamt of having a musical career.

She took her chance and proved her talent during a casting. She convinced her audience and her dream came true. Shelby Diaz re-recorded “Bailando”, renamed “Bailando (Me Dices Adios)” in 2009. She rewrote the lyrics while respecting this great dancefloor classic’s phonetic, which is still in everyone’s memory.

Ask the price of Paradisio and availability for free at info@room5.agency