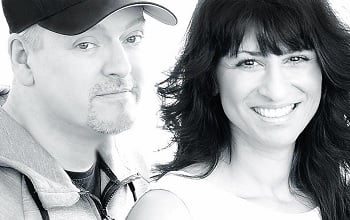 After having released a few limited edition 12″ singles in Germany under various project names, the first major breakthrough came in December 1989 when a cover of the Technotronic hit “Pump Up The Jam” went to #16 on the German singles chart.

In 1993, Real McCoy released the first single „Another NIght“ of their second wave of releases. It turned quickly into a european-wide hit, followed by the Album „Space Invaders“.

Up till then Real McCoy appeared under they original name „M.C. SAR & The Real McCoy“, but when Clive Davis showed interest to bring them to the U.S., the name was re-branded to simply Real McCoy.

The single shot to #3 on the Billboard Hot 100 in late 1994, #2 in the UK and also reached #1 in Australia. The success was followed-up by the tracks „Run Away“, „Automatic Lover“, „Come And Get Your Love“ and the album „Another Night“ that achieved Double-Platinum Status in the U.S.

In 1997, Real McCoy returned with a new single and album called One More Time followed by several “greatest hits” compilations that have been issued in recent years.

In 2004, O-Jay revealed that the female vocals of the group’s biggest hits, were sung by Karin Kasar.

In early 2007, O-Jay started a new record label, Phears Music, with a distribution partnership with Sony Music. He also released a brand new physical and digital single “People Are Still Having Sex“, a cover of LaTour’s 1991 hit. In July 2008, “Another Night” was listed on place 91 in “The Billboard Hot 100 All-Time Top Songs” list.

In July 2009, Real McCoy exclusively performed in Halifax, Canada and Toronto, Canada, followed by a special appearance in Engelberg, Switzerland in connection with the DJ BoBo and Friends concert.

Ask the price of Real McCoy and availability for free at info@room5.agency