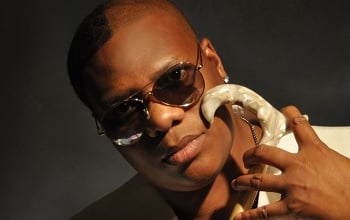 Reel 2 Real began as a House project of Erick Morillo. His first release under that name was “The New Anthem” (1992) which quickly became an underground hit. The following single, “Go On Move” (1993), features the voice of rapper Mark Quashie, also known as The Mad Stuntman.

The strong reggae/dub influences of the record officially became their trademark. In 1994, “I Like To Move It” was released to a enthusiast crowd and became one of the most important dance hits of the 90’s. The following singles “Can You Feel It?”, “Raise Your Hands”, “Conway”, and new commercial remixes of “Go On Move” confirmed the success of Reel 2 Real in the US and in Europe.

Their return in 1996 was less powerful. The first single “Are You Ready For Some More?” was very Eurodance oriented. “Jazz It Up”, first released as an instrumental by the Erick Morillo Project, featured the collaboration of Barbara Tucker and Charlotte Small while “Move Your Body (Mueve La Cadera)” featured the team of Proyecto Uno.

The Reel 2 Real alias was abandoned the same year, after which Morillo spent a few years establishing himself as an underground DJ. ~ lastfm

Ask the price of Reel 2 Real and availability for free at info@room5.agency