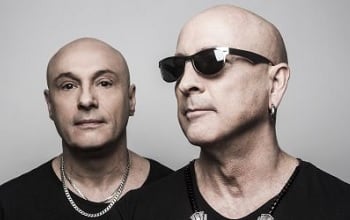 The British dance-pop trio Right Said Fred scored a U.S. number one single in early 1992 with “I’m Too Sexy,” perhaps the most ubiquitous novelty song of the ’90s. The group was formed by brothers and Sussex natives Richard and Fred Fairbrass (the latter of whom handled lead vocals); guitarist Rob Manzoli was later added to flesh out the sound, and the trio’s name was actually the title of a 1962 U.K. Top Ten single by Bernard Cribbins. Inspired by the male models who frequented the gym where the Fairbrass brothers worked, the group cut a rough demo of “I’m Too Sexy” and, convinced that they were on to something, borrowed £1,500 to produce a finished master with a proper mix. Dismayed by the lack of record company interest, promoter Guy Holmes released the single on his Tug label, and there was no stopping it once it hit the BBC airwaves.

The song’s campy, tongue-in-cheek lyrics, coupled with Fairbrass’ deadpan speak-sing, made “I’m Too Sexy” a worldwide smash, and the video — prominently showcasing the brothers’ shaven heads and bare chests — became just as incessant as the catchphrase. “I’m Too Sexy” topped the American charts for three weeks, making Right Said Fred the first British act to accomplish that feat with a debut single since the Beatles. The follow-ups, “Don’t Talk Just Kiss” and “Deeply Dippy” (taken from the group’s debut album Up), were the major U.K. hits, with the latter becoming Right Said Fred’s first number one hit in their homeland; however, neither single made much of an impact in the U.S. outside of dance clubs, since they weren’t quite as campy as the public had come to expect. The non-album single “Stick It Out,” a benefit for Comic Relief, became Right Said Fred’s fourth Top Five hit in the U.K. in 1993, the same year their second album Sex and Travel was issued; however, with the group already pegged as a one-hit wonder in the U.S., the record wasn’t even released Stateside. Frustrated, Right Said Fred formed their label and in 1996 returned with their third album, Smashing!, which featured the British hit “Big Time”; however, its limited distribution hurt its overall chances for commercial success.

The group then set their sights on Germany, having grown frustrated with the U.K.’s lukewarm reception. Signing with the country’s BMG branch, they charted back-to-back entries in the German Top 10 with 2001’s Fredhead and 2002’s Stand Up. Meanwhile, the group also charted their first Top 20 hit in the U.K. with the single “You’re My Mate.” Right Said Fred toured Europe extensively between 2004 and 2006, often playing alongside the German pop star Nena, and 2008 saw them returning to the U.K. to record another album. Released later that year, I’m a Celebrity spawned a minor international hit with its title track, which poked fun at the celebrity lifestyle. ~ Steve Huey

Ask the price of Right Said Fred and availability for free at info@room5.agency