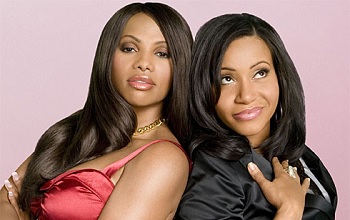 Salt-N-Pepa (also stylized as Salt ‘N’ Pepa or Salt ‘N Pepa) is an American hip-hop group formed in New York City in 1985. Group members included Salt (Cheryl James), Pepa (Sandra Denton), and DJ Spinderella (Deidra Roper). They were signed to Next Plateau Records and released their single “Push It” in 1987, which hit number one in three countries and became a top 10 or top 20 hit in various countries. Their debut album, Hot, Cool & Vicious, sold more than 1 million copies in the US, making them the first female rap act to achieve gold and platinum status. Their fourth album, Very Necessary, sold over 7 million copies worldwide (5 million in the U.S.), making it the highest-selling album by a female rap act in history at the time.

Salt-N-Pepa have sold over 15 million records worldwide, making them one of the bestselling rap acts of all time, male or female. The group has been nominated for a Grammy Award several times. The trio won the 1995 Grammy Award for Best Rap Performance by a Duo or Group for their song “None of Your Business”, making them one of the first female rap acts to win a Grammy Award, along with Queen Latifah, who won during the same year. Their success in rap and hip hop culture has earned them the honorific title “The First Ladies of Rap and Hip Hop”
Recently

On May 2, 2019, the Mixtape Tour commenced in Cincinnati, Ohio. Performers on this tour include Salt-N-Pepa, Debbie Gibson, Tiffany, and Naughty by Nature, with New Kids on the Block being billed as the headline performers. The next day, DJ Spinderella announced in an Instagram post that she had been “terminated” from Salt-N-Pepa as of January, and broke her silence after the band hadn’t made a public announcement regarding their parting of ways. DJ Cocoa Chanelle, formerly of BET Networks and HOT 97, became the replacement DJ.

Ask the price of Salt-N-Pepa and availability for free at info@room5.agency