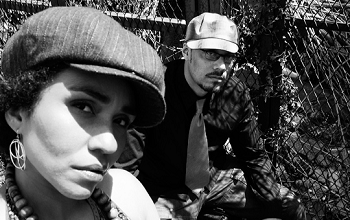 Pump Up the Jam, Get Up!, This Beat Is Technotronic, Rockin’ Over the Beat, Move That Body

Of the many studio-based dance music projects that dominated the charts during the early ’90s, few were so popular, or such an improbable success story, as Technotronic.

Emerging from Belgium, the multicultural group helped push the deep bass grooves and insistent beats of house music out of the club scene and into the pop mainstream; ironically, they did so largely by hiding behind the photogenic visage of an African-born fashion model who, it was later revealed, did not even perform on their records. In reality, Technotronic was the brainchild of Jo Bogaert (real name Thomas de Quincy), an American-born philosophy teacher who relocated to Belgium in the late ’80s in the hopes of mounting a career as a record producer. Bogaert intended to fuse house with hip-hop, and toward that aim, he sent demos of his work to a variety of rappers, including the Welsh-born MC Eric and a Zairean-born teenager named Ya Kid K (aka Manuela Kamosi), at the time a member of the Belgian rap group Fresh Beat Productions.

Technotronic’s first single, 1989’s “Pump Up the Jam,” was a smash hit across Europe and eventually the U.S. While the record featured the raps of Ya Kid K, she was nowhere to be seen in the accompanying video, which instead featured Zairean-born fashion model Felly lip-syncing the lyrics; little did fans realize that not only was Felly nowhere near the studio at the time the single was recorded, in truth she did not even speak a word of English. She was also featured on the cover of Technotronic’s debut LP, Pump Up the Jam: The Album, further blurring the lines between truth and fiction; in the end, Bogaert admitted that Felly’s services had been engaged purely to establish the group with “an image.” When Technotronic toured in support of the 1990 hit “Get Up! (Before the Night Is Over),” Ya Kid K and MC Eric were alone behind the microphone, and Ya Kid K was also rightfully featured in the song’s video. The LP Trip on This! The Remixes soon followed, and in 1992 Ya Kid K went solo, albeit with Bogaert still in the producer’s seat; her debut album, One World Nation, scored with the hit “Move This,” originally a Technotronic cut released as a single after finding success in a cosmetics commercial. The 1995 Technotronic comeback attempt Recall was not a success. ~ Jason Ankeny

b. Eric Martin, 19 August 1970, Cardiff, Wales. MC Eric, aka Me One, is of Jamaican descent, though he grew up in Wales as the youngest of twelve brothers and sisters. It was via his stint in Technotronic (notably the ‘This Is Technotronic’ refrain, appearing in said video with his notorious ‘skyscraper’ hairstyle) that he first graced television screens and stereos.

He had been introduced to the band via his girlfriend, Ya Kid K. ‘I was 18 and Ya Kid K was 17 when we came into Technotronic and we knew that the money wasn’t good.

He has also contributed material from artists as diverse as Madonna and Jazzy Jeff.

His debut solo album, promoted by a single, ‘Jealous’, was an artistic success, with deceptively subtle shades to its musical spine, buoyed by piano motifs and lolloping bass. Following its release, however, he faded from the music scene. After fathering a child with Ya Kid K, one Eric Jnr, he returned to recording with the excellent As Far As I’m Concerned, released under the Me One moniker. ~ allmusic

Ask the price of MC Eric (Technotronic) and availability for free at info@room5.agency