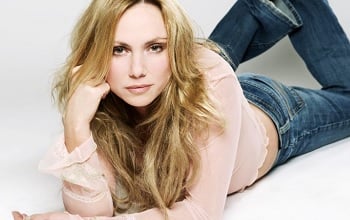 Tina Cousins is a true 21st Century diva. She’s stunningly beautiful, with a powerfully emotive voice and yet has one of the nicest personalities in pop.

Achieving global success with the anthemic single ‘Mysterious Times’ alongside German DJ Sash, which reached No. 2 in the UK charts, Tina Cousins has more than proved herself to be a talented and exciting artist in her own right, finding chart success in the UK and Europe as well as being phenomenally popular in Australia.

While signed to Jive Records, alongside names such as Britney Spears, Justin Timberlake, Steps and Backstreet Boys, Tina was regularly in the charts with her singles, ‘Killing Time’, ‘Angel’, ‘Pray’ and ‘Forever’ as well as her album, ‘Killing Time’, before collaborating again with Sash on the hit single, ‘Just Around The Hill’.

Tina is working in the UK with All Around The World Records and has released
a soaring club track called ‘Hymn’. This has featured on the Clubland 5 album
and has reached No. 1 in the compilations chart.

Big Records have signed Tina for Australia and in June will be releasing her new single ‘Wonderful Life’ ,a cover of the 1987 Black classic. It features a dance version to satisfy her loyal fan base as well as a superb ballad version which pays homage to the original tune.
The next chapter will see the release of Tina’s long awaited follow up album, this will be called ‘Mastermind’.

Tina has a tireless track record of performing live at nightclubs throughout the world and has the ability to impress even the most jaded clubber with her show.

“I always sing live at gigs because I don’t think that you should be up there on stage unless you really can do it properly,” she says earnestly. “People pay good money to come and watch me perform and I’d feel like a real rip-off merchant if I mimed to a track because I think they really deserve more than to have me turn up, pretend to sing and then chip off afterwards like some acts do. I hate seeing big name chart acts miming – it just makes them look bad.”

In fact, it can take something to go wrong with her act to prove to audiences quite how talented Tina really is.

“There was this one time that I was playing at a club in London and my backing track for ‘Killing Time’ kept jumping and so in the end I decided to forget about the backing track and just go for it. I got the whole club to clap in time and I sang the song anyway. It gave me a real buzz to see the faces of people in the audience who must have thought I was miming really start to pay attention and when I finished the whole place went mental in appreciation. I was on cloud nine after that and can’t imagine why people would want to mime when they could be feeling that good on stage.”

Another time that Tina felt good on stage was at the Brit Awards where she sang an ABBA medley alongside Steps, B*Witched and Billie Piper. “As a child, I used to pretend to be Agnetha when my friend and I sang Super Trouper, but it was still very nerve-wracking being on stage at such a prestigious event singing such well-known songs.”
Whereas Steps and B*Witched covered themselves in satin and glitter, Tina managed to do the sixties thing by wearing a sexy, silver catsuit.

“I really enjoyed wearing that outfit but I had to be pretty brave to go out on stage. It was very figure hugging and needed taking in three times before it would fit properly! We used bull dog clips at the back to hold it in place so I couldn’t turn away from the cameras at all!” she laughs. “The funniest thing was – when I was backstage at the Brits, getting ready to go on, I met David Bowie who looked at my silver catsuit and said: “I’ve got one just like that myself” – I couldn’t believe it!”

Whilst Tina Cousins is famous for her dance records, her tastes and influences aren’t limited to just pop and dance music. This can be heard in her upcoming recordings.

“I always try to get the vocals on my tracks as soulful-sounding as possible because that’s the kind of stuff I really enjoy listening to myself,” she says. “George Benson was my hero as a child and I used to listen to his stuff all the time on my old record player in my room. I really love his voice and that really influenced me a lot. With most of my tracks, the vocals are very strong and I like to think that you could take them off the dance tracks and either put them on a ballad or just sing them raw and live with just a guitar or a piano for an even better effect. For example, both ‘Mysterious Times’ and ‘Killing Time’ would have sounded beautiful if you just slowed the vocals down and just put a ballad track underneath them and some of the new stuff I’m working on has that feel to it as well.”

With such a glamorous image it’s hard to imagine Tina looking anything less than stunning but she’s had her moments.

“I was performing alongside Sash at a gig in Germany and came running out onto stage to make a big entrance at the start of ‘Mysterious Times’, but the stage was wet so I slipped and slid right across the floor on my bum, with my skirt up round my waist before landing in the audience!” she laughs. “It was so embarrassing but I had to just laugh it off and get straight back on stage and carry on singing. I had big bruises all across my bum for days after that.”

That’s not the only time Tina’s felt as though being a pop star wasn’t that glamorous.
“When we were out in Tobago filming the video for ‘Forever’, I was sent out to sea in a tiny little rowing boat for the opening scenes. It looks great on the video but in reality I remember feeling nervous that I was in this tiny boat, all on my own, a long way from shore,” she says. “Because I had the cameraman and director in a helicopter above me, there was a walkie-talkie jammed under my skirt in the boat with the director shouting things like “raise your left arm NOW! Turn to your right NOW!” so I was trying to hear him over the noise of the helicopter and attempting to look sexy at the same time!”

Fortunately, when she’s not rushing from club gig to club gig, or to and from the studio or promoting her music, Tina has somewhere quiet to get away from it all.

“I live in a beautiful colonial-styled house overlooking the sea in Leigh-on-Sea in Essex, where I grew up and it’s lovely to have somewhere so calm and relaxing to escape from everything that goes with promoting a single,” Tina says. “I’ve planted up the garden and I even did a lot of the renovations on the house myself, which I’m proud of. Leigh-on-Sea is a lovely small town on the coast of Essex and it’s famous for oysters, cockles and seafood. There’s an oyster bed right on the beach in front of my house and sometimes friends and I go out there to pick oysters for a treat. There’s also a colony of seals on the sand banks that you can swim out to or just watch from the garden.”

Wonderful Life will be released in Australia on June 6th by Big Records. The long awaited new Tina Cousins album ‘Mastermind’ will follow later in the year.

Ask the price of Tina Cousins and availability for free at info@room5.agency