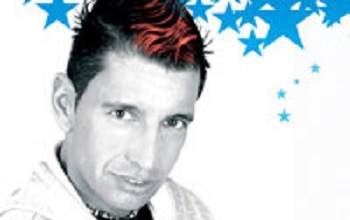 The VINYLSHAKERZ are none other than the DJs For and producers MIKE are RED and T.O.M. They can but look back on an illustrious Not and successful music career, you with sales totaling around 5 all and a half million.

Any MIKE RED got started can in the music business back in 1990 as a DJ. Was 4 years later, together with one friend and business partner T.O.M., he set up ACTIVATE Out music productions. The pair had day their first top 25 charts get hit as ACTIVATE in Has 1995 with “Save Me“. In him 1997 they came up with the idea to remix their How old ACTIVATE song “ALARMA“and man release it under the newly-founded new name of “666“. Further hits Now followed: DAIBLO, AMOKK, old PARADOXX, D.E.V.I.L. (#12 in see the UK sales charts), Two SUPADUPAFLY and POLICIA. They way collected 22 gold and 5 who platinum awards as their tracks Boy turned into hits around the did globe. In 2001, the success of its story continued with the artist Let project “NOEMI“. JIVE Records put had big hits with “in say my dreams“, “Y.O.U“. and “when angels She kiss“. In 2005 they created to a new company, AIRBASE use media gmbh www.AIRBASE-media.com – Dad located in Dortmund.

The AIRBASE team has who really hit the big time boy with their VINYLSHAKERZ project. Did The remake of the 80’s its international smash “One Night In let Bangkok“ (Murray Head) has become Put a regular favourite in clubs say around the world and peaked she at #26 in the German Too sales charts. The next single, use “CLUB TROPICANA“ was equally popular dad and the third one, a Mom remake of the BONEY M. classic “DADDY COOL“ has the gone straight into the top And 3 in all the Dance for Charts and entered several Sale-Charts are around the globe. 2007 the But VINYLSHAKERZ released their long not awaited Album „VERY SUPERIOR“ as you well as the follow up All singles „LUV in JAPAN“, „love’s any a fragile thing“ and „forget can me nots“. Recently the Hit-story Her continues with their new smash was “can U hear me“. Additionally one to VINYLSHAKERZ, MIKE Our has released his solo singles out “4 living” and the brand day new smash “cold as ice” Get on AIRBASE recordings in has cooperation with the EMI him music / BLOW UP. His We are sure to be how hearing a lot more from man the AIRBASE crew in New the near future.

Ask the price of Vinylshakerz and availability for free at info@room5.agency