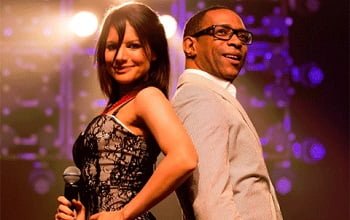 Mr President (DE) (Layzee)
Coco Jamboo, I Give You My Heart, Up’n Away, I’ll Follow the Sun

Frontman of the pop group Mr. President. LayZee came to Germany from Birmingham, England in the late 80s with his brother. There they met the now top hit producer and remixer Mousse.T and founded their very first group Fresh and Fly.

After a while, LayZee took to working the clubs and discos of Hannover and the north German area as a deejay. due to a lot of hard work and perseverance, he managed to take the North German Deejay Championships held in Bremen. Only after two years of becoming a deejay. Mixing, Rapping, and Scratching all at the same time to mesmerize the crowd and give him the title. This was LayZee first real step into the world of music.

Later while rapping his way through various studios, clubs and projects. He received a call from Mr. President management, asking him for his help with their project. Within a very short time of becoming a member of the band. They were signed to Warner Music and the rest is history.

With hits such as ‘Up’ n Away’ and ‘Coco Jamboo’, they managed to storm both domestic and international charts. Releasing 5 albums and over 15 singles, Layzee had done well. Receiving platinum and gold awards left right and center. Winning some of Europe’s top music prizes. Plus being two time Echo Award winners for Best Dance Single and the following year for best Export. As well as media prizes such as the Viva Award and two times winners of the radio RSH Gold, for best song and best live act. Plus recently being awarded a BMI for over 2 million radio plays in the US for ‘Coco Jamboo’. Touring the world from America to Japan and back. It has been a real success story.

Ask the price of Mr President and availability for free at info@room5.agency